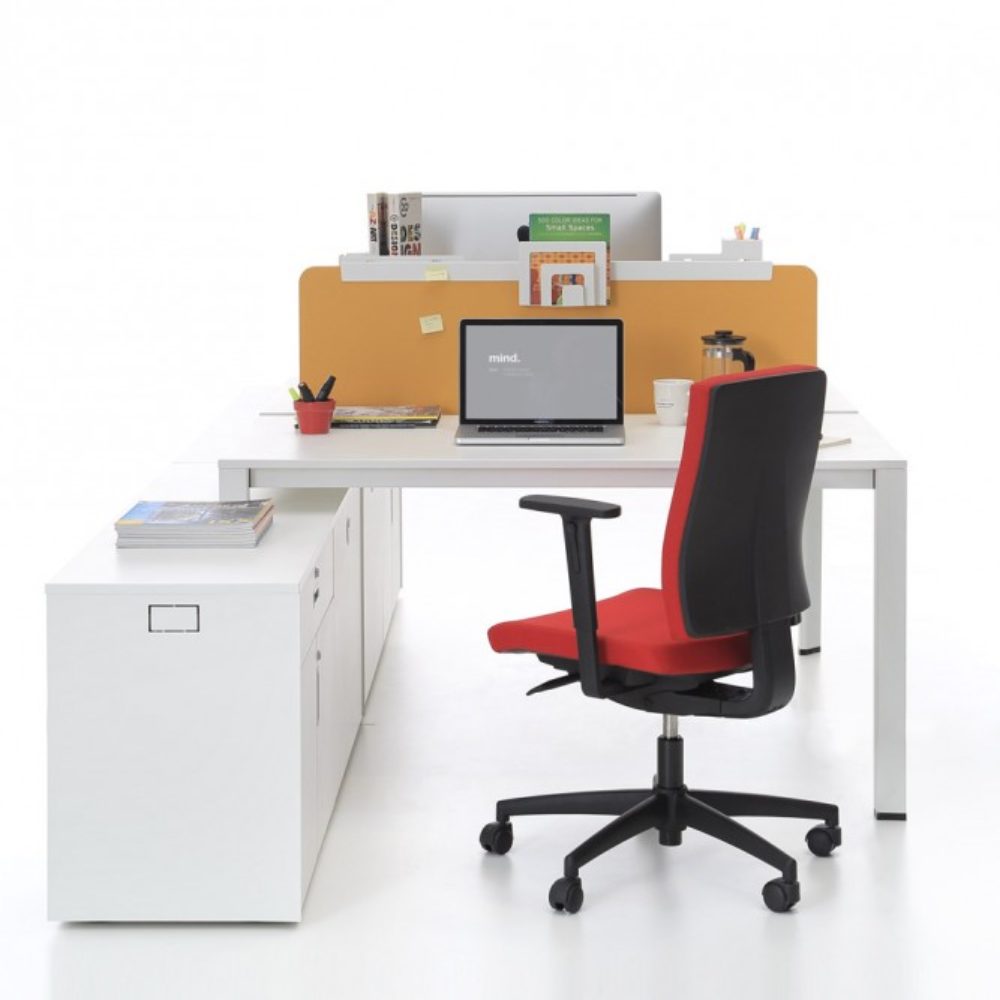 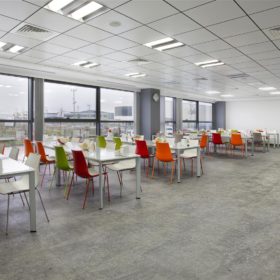 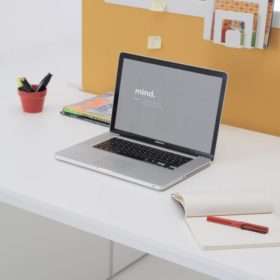 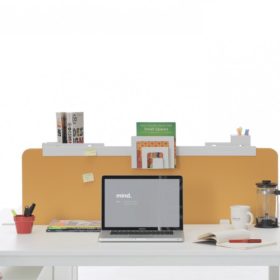 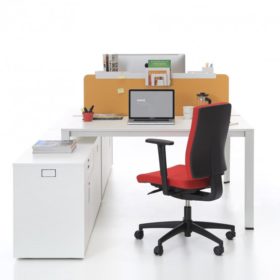 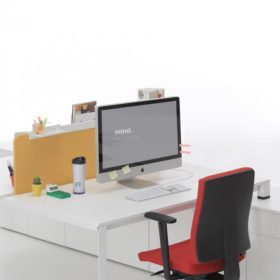 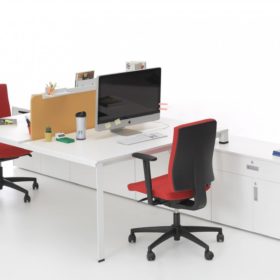 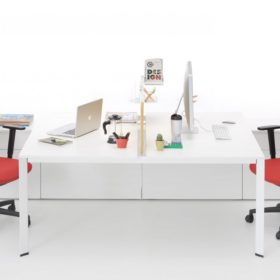 Plato’s structure helps strengthen interaction between workers and helps to increase productivity in team works. Allowing an efficient use of work areas, Plato desk system brings sprit and motion to the area.

Plato can be used in social areas like conference rooms and cafeterias, as well as individualized work areas, with its single desk options. Plato has cornered edges, displaying an assertive look and can be personalized with Tools screens and accessories.